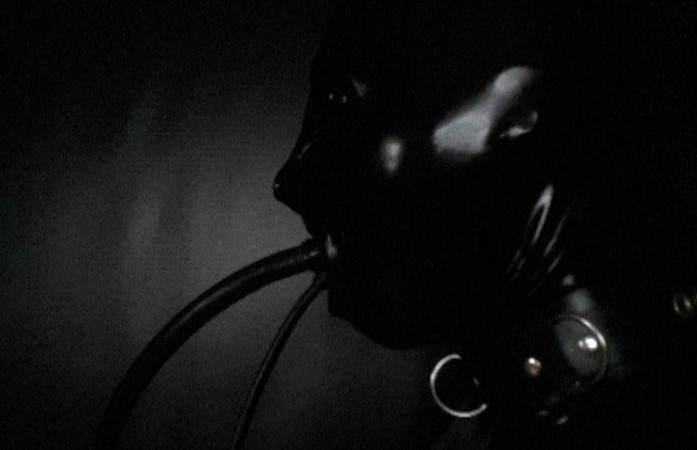 “In the community, you experience that a fetish is part of your identity and there is no reason to hide”

Since the corona pandemic is slowly coming to an end, people turning back to meet in real life. But apart from that, it is always an important topic whithin the kink community how to balance real social life and virtual social life. With all articles in this “kink socials”-series I want to introduce a few kink social groups, and want to show, that they are an imprtant part of the kink community. Maybe this leads to other new groups, which were found elsewhere.

The first part of this series is about the Munich Fetish Men. I now talk to Andreas, a co-organiser of this group.

Hello Andreas, nice to have you here for this interview to give us an insight into your group “Munich Fetish Men”. Can you please describe, what the reason for you was to establish your group?
We’re a group of friends who organize these events voluntarily. Initially, we were inspired by the success of fetish pub crawls in Cologne and Frankfurt and thought we should try to establish something similar in Munich. As the fetish pub crawl became a success quickly, we decided to team up with the organizers of “Munich Leather Social” and try to create more events and even a new fetish weekend for Munich.

What kind of events are you realising in your group?
In our group “Munich Fetish Men” we organize gear events that are mainly about socializing – and less about play. Munich has a vivid gay scene and is home to MLC, which is one of the biggest gay fetish associations out there. We want to make the fetish scene more visible within the queer community and create spaces where it is easy and fun to meet friends in gear and get to know new people.
Our most regular event is the fetish pub crawl that we host about every six weeks. We’re usually a group of 40 to 50 guys in rubber, leather, sports, or any kind of fetish gear, who stroll through the bars of Munich’s gay quarter together. That makes it easy to get to know people because you’re part of this group of guys in fetish gear who hijack a bar for about an hour before we move on. What I like the most about the fetish pub crawl is that it never gets boring, because the group gets mixed up every hour and there’s always something happening.
As this concept isn’t very practicable during a pandemic, we hosted several virtual fetish socials over the last months and just switched back to real life with our first fetish bar night, a few days ago. We also organize events like the Munich Leather Social, which is a get-together in a private space, a queer city tour for kinksters through Munich, a Tom of Finland movie night, a tour through the Bavarian National Museum’s doggy exhibition, and so on.

To what extent are you connected to other groups and are you also acting on a political level?
We’re not a political group. We create spaces where you can be who you want to be and meet like-minded guys. The thing is, as long as you fulfill the role assigned to you by the straight mainstream, you get along quite well as a gay man – at least in Munich. Rubber and leather, however, do not fit this “gay chic”. Our society is supposedly open and free, but many people still find living out a fetish offensive and dirty. Whoever lives his sexuality freely as a fetish guy is quickly pushed into the dirty corner and rejected. That’s why a lively gay fetish community is so important. In the community, you experience that a fetish is part of your identity and there is no reason to hide.

How is the age structure of your members and your visitors?
Most of the guys are in their late-20s to mid-40s, but we also have older and younger people who join our events. We don’t have an age limit for our events. The mixture usually works really well.

How do you deal with the topic of kink and fetish in public spaces?
The locations that we visit are informed that we’ll show up beforehand and we ask people not to wear hoods and cover their crown jewels and butt when we’re in public. I know that our no-hoods-policy is something that some pup-play enthusiasts are really annoyed by, but you must see that we organize social events to connect people. A hood makes that very difficult.

What would you tell someone, who is interested in visiting events of your group, but still hasn’t the courage to appear at an event?
These events are probably the most comfortable way to get in touch with the fetish scene. They are not overly sexualized and we usually manage to create a feeling of belonging to the group quickly. Just put some gear on and give it a try! Nobody expects you to show up in head-to-toe rubber or leather the first time, just choose something that you feel comfortable in and join us. And if you’re alone or feel insecure, reach out to us organizers before or during the event. We know how it feels to be at a fetish event for the first time and we want you to have a good time. Just be open about what is going on.

The social life of kinksters takes place to a great extent on a virtual level. Not only since the Corona/Covid19-pandemic, but also because of geographical distances between different kinksters. What’s your opinion on the advantages and disadvantages of virtual social life on the one hand and real social life on the other hand?
I’m a fan of social media but there’s a danger of losing yourself in it. It is important to connect the digital sphere with the real fetish community. I feel sorry when I read about the struggles that some have with the digital perfection that they see on apps like Recon and Instagram. Going to a fetish event is usually a good reality check: Meet the guys in real life without perfect lighting and you’ll realize that there’s no reason to feel bad because your Insta isn’t as glossy or you have fewer followers. Finding real friends who accept you the way you are is worth more than 20k followers. But as I said I’m actually a fan of social media, because it makes it easy to connect with people who aren’t near you or learn about events and groups. But in the end, I always want to meet up, have a drink together and get to know the guys in real life.

What are your future plans for your group?
We’ll try to organize more events as the restrictions are slowly taken back and hope to get back to the normality that we knew before 2020, soon. If possible, we certainly want to organize the second edition of the Munich Fetish Weekend in 2022. Fingers crossed!

Andreas, thanks for this interview! 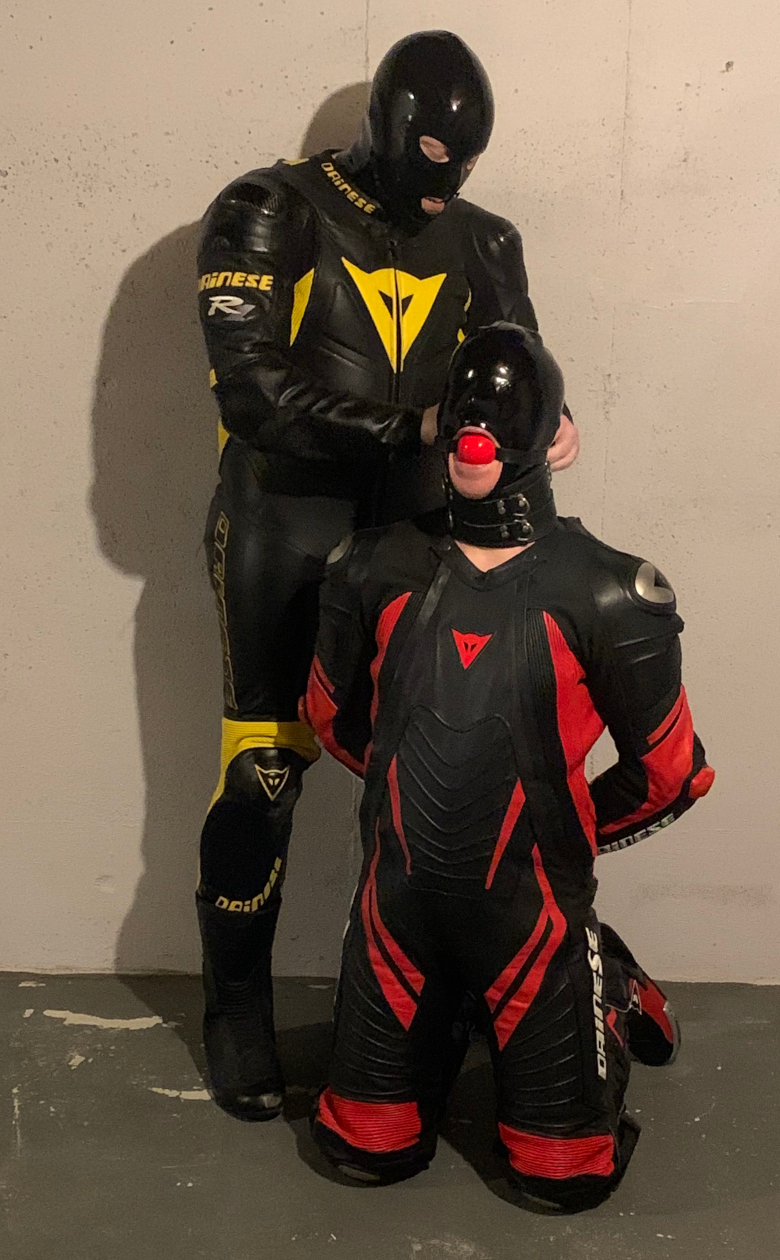 In this interview GearMedic talks about his passion for gear, his favourite noise and sight during a session, and about his best kink experiences 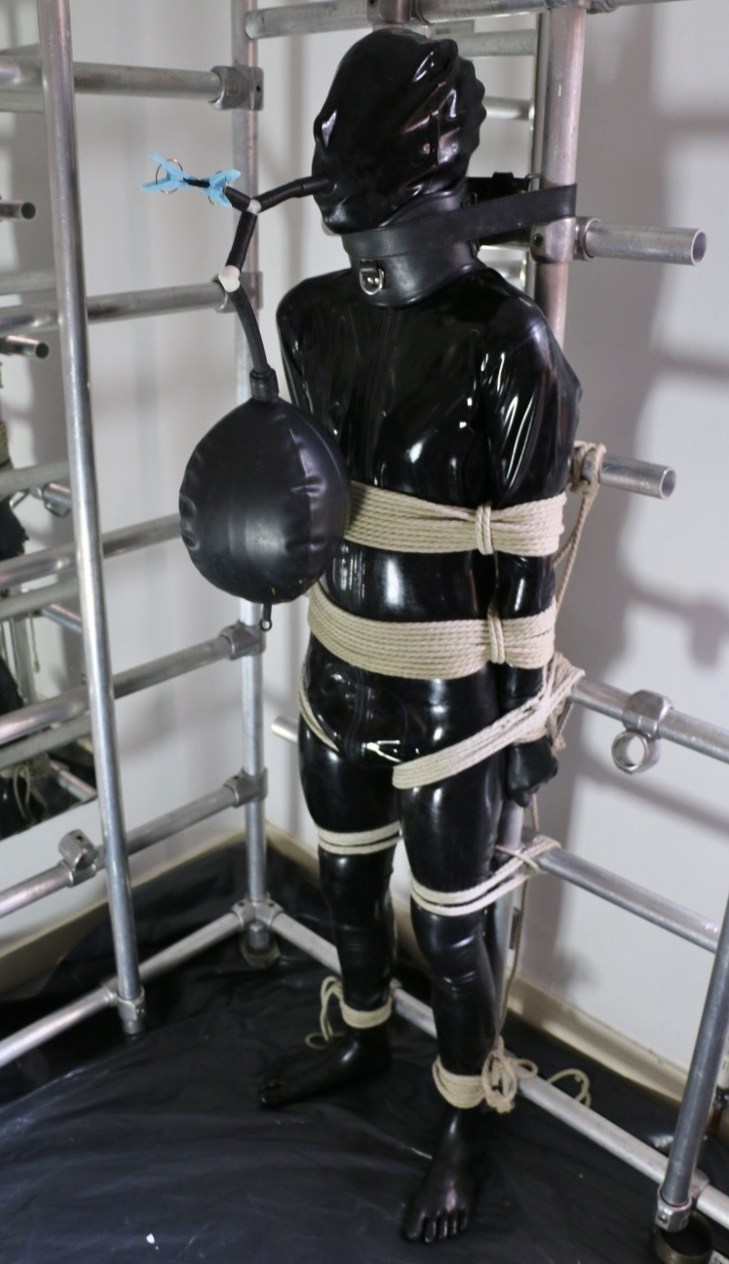 Kinkster Portrait
“No shame, no judgement, no regrets.” 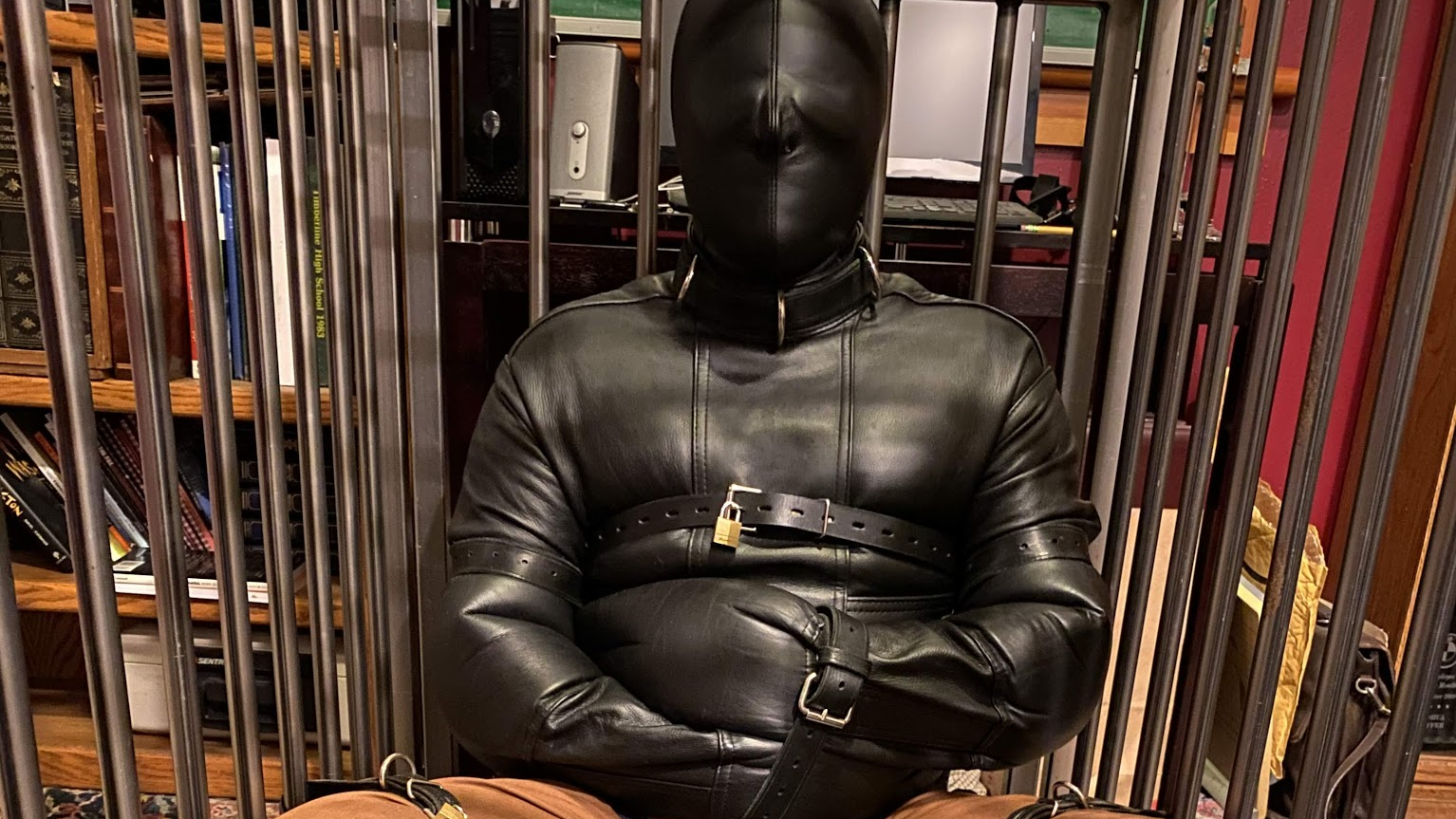 In this interview Boundtight85 explains, what he likes about bondage, he talks about great sessions and early kinky experiences 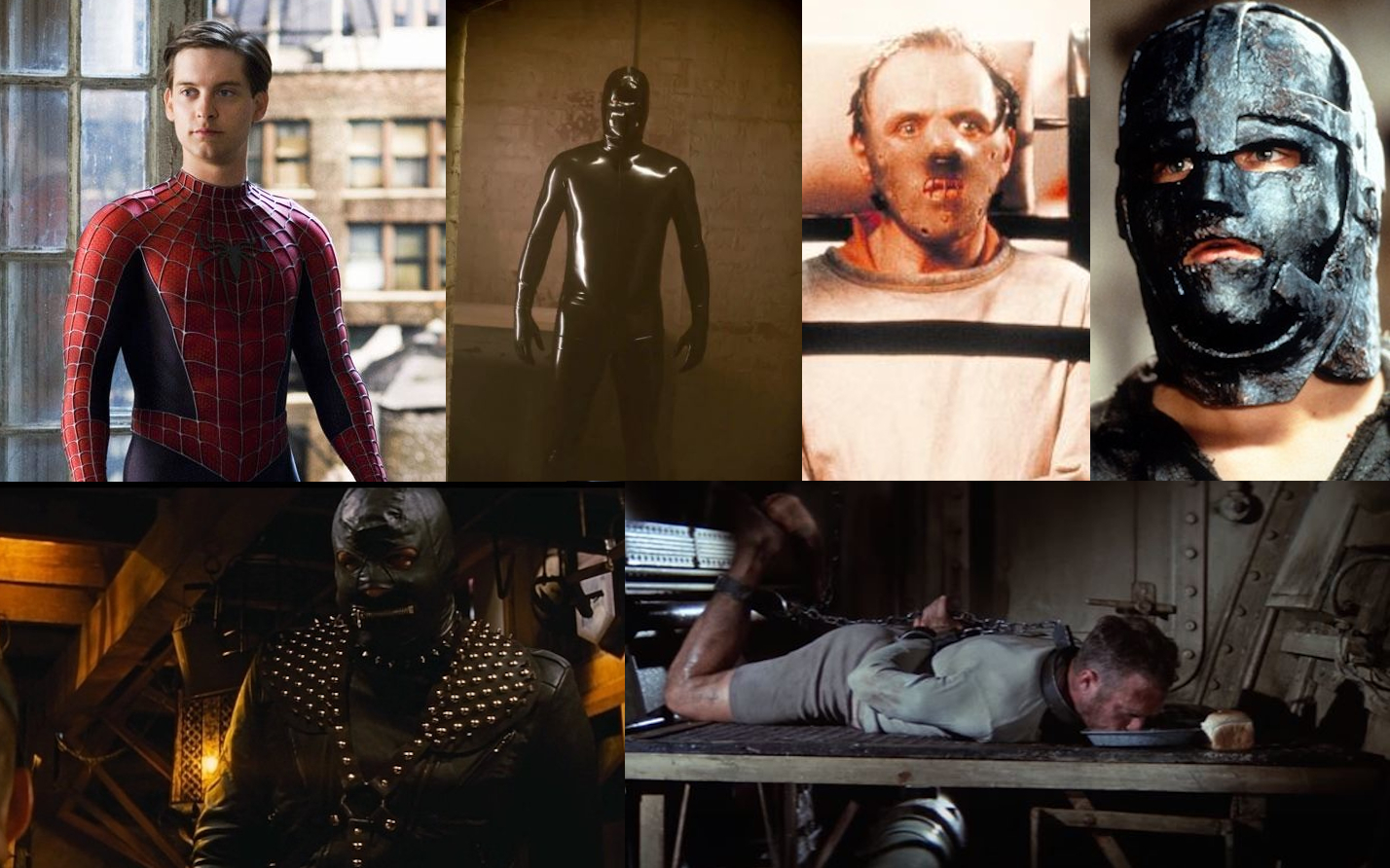 Skin tight full suits, kidnapping, shackles in prison; kinksters see more than others do in those scenes: this text is about how characters are shown in mainstream movies and series, which can be seen as kinky
(auch auf Deutsch 🇩🇪)